Our landscapes is their first independent CD recorded the summer 2008 in Portugal with Luis Candeias on drums, here a lyrical and a free way of composing into a Jazz trio format takes the music for a trip. 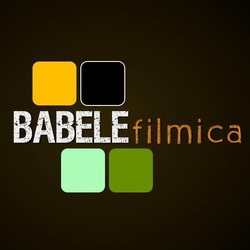 Film association, based in Italy. 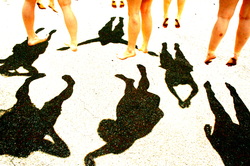 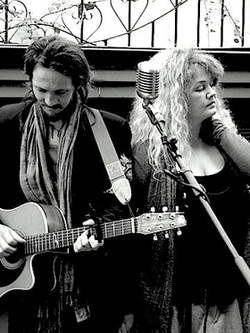 Rúnar recorded an album in Reykjavík 2004, Later he went on to do his solo project album called "Solitude" that was released in Iceland in 2005. Runar moved to Xiamen in China the same year with his wife Elin J. Stuck together all the time in a community of endless misunderstanding and culture difference they found there path to make music together under the enormous empire that China is.They played hundreds of shows in all kinds of different venues in China over 5 years period.They officially released there album "The long road home" in 2009 in China.

They returned home to Iceland in September 2010 .The album "Long Road Home" will be released later this year in Iceland. HEIMA is currently working on a new album that will be recorded in Iceland this winter 2010/2011.

They got nothing to loose and a lot to say. 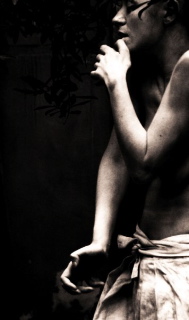 Dancer, Choreographer and Butoh teacher currently based in Berlin. Sonja Heller danced classical ballet for 11 years and studied acting at the European Institute for Theater in Berlin. Her first encounter with butoh was in 1999 in a workshop of Minako Seki. During and after her acting education she intensified her studies of butoh with teachers Atsushi Takenouchi, Imre Thormann, Yuko Kaseki, Yumiko Yoshioka, Katsura Kan and others.
She also went to classes of Fe Reichelt, who was a student of Mary Wigman, and learned German expressionist dance and breathing-movement-exercises on the basis of Qigong from her.

She presented so far Solo- and Ensemble works in Germany, Italy, Netherlands, Denmark, Sweden and France. End of 2011 she will also dance and teach in Chile and Brazil.

A main part of her work contains the research of the treatment of native folks of the nature and the roots of our culture. A part of her dance in general and especially in her collaboration with Raven is also the relations between humans as well as the connection of the human being and its environment.
www.genomedance.com 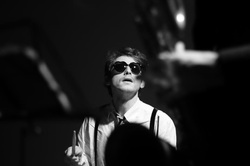 Simone studied in the Netherland at the "Academie voor the Kunst" in Utrecht and at the "Codarts" in Rotterdam.

At the moment he is a student in the class of jazz Composition with the pianist Riccardo Fassi at the "Conservatory L.Cherubini" in Florence, Italy.

In the past few years he has had the chance to study with some of the best jazz players in the world, at the Jazz Masterclass "IN.JAM.", at the Siena Jazz Foundation, in Italy: Kurt Rosenwinkel, Eric Harland, Ben Perowsky, Jeff Ballard, Billy Hart, Adam Nussbaum, Roberto Gatto, Massimo Manzi, Fabrizio Sferra, John Riley, George Garzone, Gerry Bergonzi, Gianluigi Trovesi, Bruno Tommaso, and many more.

With their great Art they teach us that good performances are made of little things and altruism.